BÖNNIGHEIM (ivs) It looks like a normal shirt, but it has it all: The new SmartTex shirt uses integrated sensors to transfer physiological data from astronauts to Earth via a wireless communication network. In this way, the effects of the space environment on the human cardiovascular system will be evaluated and documented, especially with regard to long-term manned space missions. Developed by the German Aerospace Center (DLR) in cooperation with DSI Aerospace Technology, the Medical Faculty of Bielefeld University and textile research partner Hohenstein, SmartTex will be tested for the first time as part of the Wireless Compose-2 (WICO2) project by German ESA astronaut Dr. Matthias Maurer, who will leave for his ‘Cosmic Kiss’ mission on the International Space Station (ISS) for six months on October 30, 2021.

"We were already able to gain valuable insights into the interaction of the body, clothing and climate under microgravity conditions during the previous projects Spacetex (2014) and Spacetex2 (2018)," explains Hohenstein Senior Scientific Expert Dr. Jan Beringer. The insights provided at the time by the mission of ESA astronaut Dr. Alexander Gerst have now been directly incorporated into the development of the new SmartTex shirt at Hohenstein. "Matthias Maurer can wear his tailor-made shirt comfortably on his body during his everyday work on the International Space Station. For this, we used his body measurements as the basis for our cut development and the production of the shirt. We integrated the necessary sensors as well as data processing and communication modules into the shirt's cut in such a way that they interfere as little as possible and are always positioned in the right place, regardless of the wearing situation. This is the prerequisite for reliably measuring the relevant physiological data." The SmartTex shirt is intended to provide a continuous picture of the vital functions of astronauts. This will be particularly relevant for future long-term manned space missions to the Moon and Mars.

For example, during the BEAT experiment (Ballistocardiography for Extraterrestrial Applications and long-Term missions), Matthias Maurer will be the first astronaut to wear a T-shirt equipped with sensors that measure his ballistocardiographic data such as pulse and relative blood pressure. For this purpose, the sensors were calibrated in the :envihab research facility at the DLR Institute of Aerospace Medicine in Cologne. Details on the contraction rate and opening and closing times of the heart valves, which are normally only accessible via sonography or computer tomography, can also be read from the data material. The goal is to study the effects of the space environment on the human cardiovascular system. To be able to analyse these effects realistically, Matthias Maurer's ballistocardiographic data will be recorded before, during and after his stay on the ISS. For the future, a technology transfer of the SmartTex shirt for application in the field of fitness or even in telemedicine is conceivable.

Wireless Compose-2 (WICO2)
The project was planned and prepared by the German Aerospace Center (DLR) and its cooperation partners DSI Aerospace Technology, Hohenstein and the University of Bielefeld. The wireless communication network reads sensor data and can determine the position of people and objects in space by propagation times of radio pulses. It is also available as a platform for several experiments on the ISS. The determined data is temporarily stored within the network and read out at regular intervals by the astronauts. These data packets are then transferred to Earth via the ISS link and analysed by the research teams. It can generate its own energy from artificial light sources via solar cells.

About Hohenstein
Headquartered in Bönnigheim, Germany, Hohenstein has been providing accredited and independent services such as testing, certification, research and development of textile products and training for 75 years. It currently employs around 1,000 employees at subsidiaries and laboratories around the world. Product labels such as the Hohenstein Quality Label or the UV STANDARD 801 provide manufacturers and retailers with important support in their marketing. As a founding member of the OEKO-TEX® Association, Hohenstein is also a leading laboratory for testing textiles and leather for harmful substances and sustainable production. 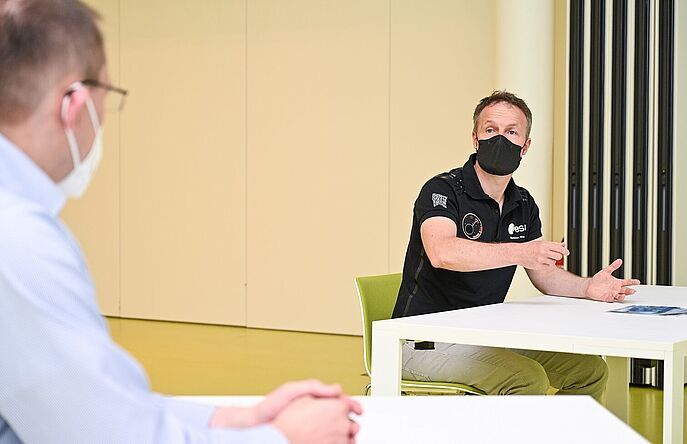 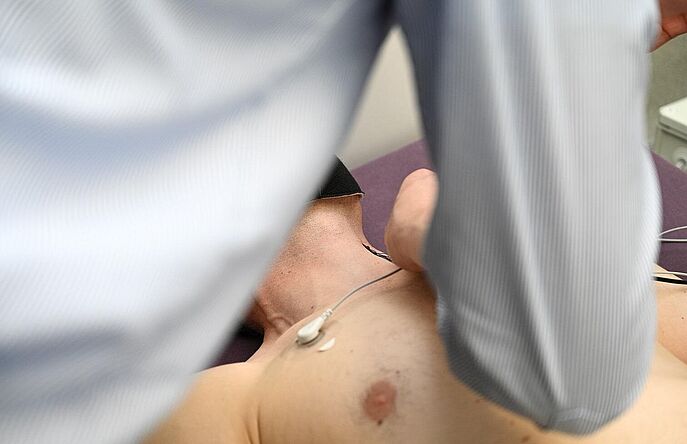 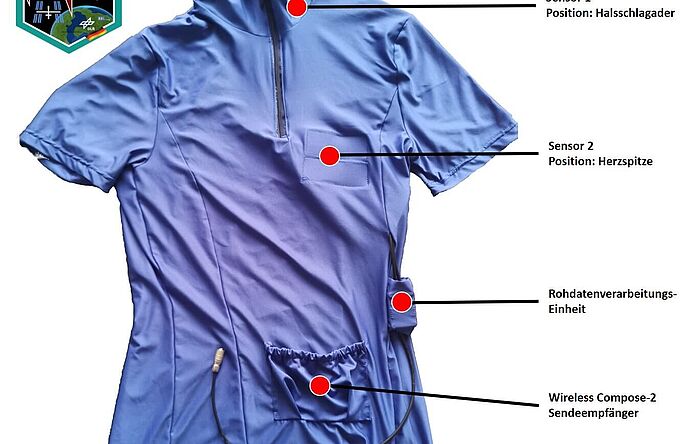 With the "SmartTex" shirt, astronauts can wear the necessary sensors comfortably on their bodies. © DLR 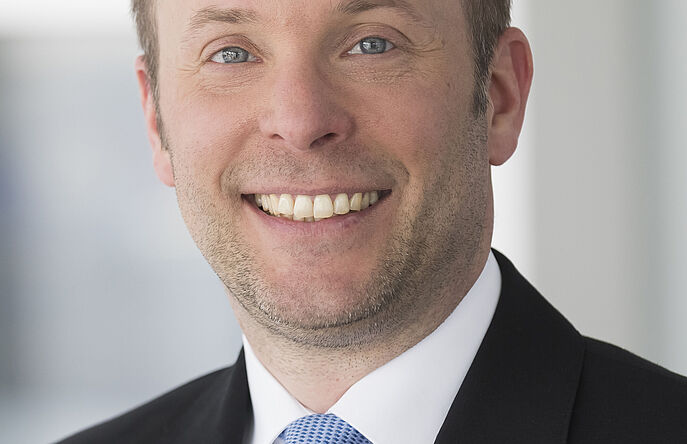